Innovation – No Better Time To Be Alive Than Now… 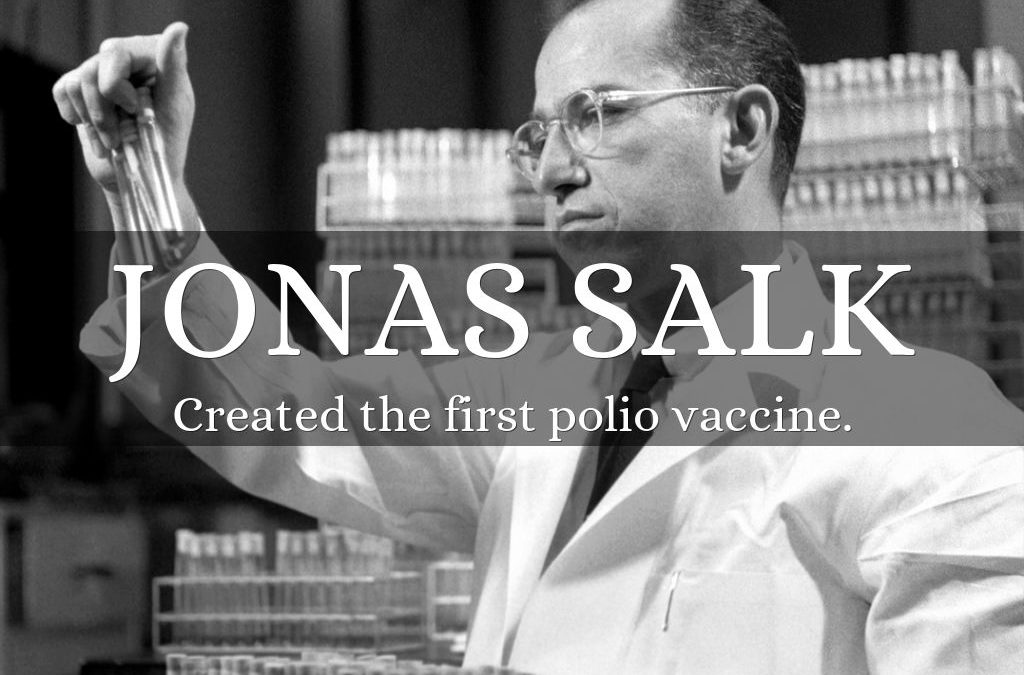 “When you innovate, you’ve got to be prepared for people telling you that you are nuts.”   Larry Ellison

Poliomyelitis better known as polio was one of the most dreaded childhood diseases to exist throughout history. It has been around for thousands of years as depicted in ancient art, and by the 20th century, one of parents’ greatest fears was their most precious asset contracting this devastating and irredeemable affliction. Fortunately, innovation ushered in a vaccine developed by Jonas Salk which came into use in 1955, and six years later, Albert Sabin’s oral vaccine became available. I was born between these two commanding dates and am most grateful to have missed the risk of being afflicted by this scourge. At that moment, there was truly no better time to be alive. Now at this juncture the same can be applied especially living in the United States where progress and innovation abound.

As a little girl in the sixties, I remember our family having a black and white T.V. soon to be replaced by color. Like most Americans, we watched three main channels, and on occasion, we captured the more obscure stations which televised events such as hockey, reruns and less mainstream programs. I remember the telephone, and according to my mother, the importance of having a private line when party lines still existed. Speaking of the telephone, as an adolescent, I could not even fathom “call waiting,” never mind answering machines and voicemail as I talked for hours with my high school friends in the late seventies. During  those years, blow dryers, microwave ovens, fax machines and other conveniences came into existence. Large computers were making their way into  businesses. Most significantly, medical innovation accelerated, and because of the discovery of new medications and treatments, people who developed diseases such as multiple sclerosis and rheumatoid arthritis had a greater chance of living a better quality of life.

Ingenuity and innovation continued vigorously throughout the nineties. I remember visiting Las Vegas with a friend, and her friend had a big “walking” phone. I was intrigued and wondered if we would see that piece of equipment go mainstream. Well, we know the answer to that and what a convenience it has become. Phones got smaller, lighter and more efficient as did computers. Many Americans have these amenities, and most of us cannot imagine life without them. With the new century, we have seen the unfolding of music being played on vinyl records to A-tracks, cassettes, CDs to ipods and smartphones. This evolution took place within the last thirty to forty years. The rise and use of the internet has and continues to be the greatest purveyor of information. We have it at our fingertips and the ease it provides us has no bounds. Texting and emailing are part of many people’s personal and professional lives. Who thought we would say such words as Google and LinkedIn? Facebook connects friends from long ago, and Twitter quickly offers information and opinions in a heartbeat. In the last few years, Instagram and Snapchat have made their way into the mainstream. Through all of these venues, we can connect with people all over the world as many of us do on a regular basis. Amazing, and how about this? Former Prime Minister David Cameron has taken on the role of President of Alzheimer’s Research UK. In 2013, he used his role as President of the G8 to highlight the effects of this ravaging disease and encouraged the world to continue their research to find a treatment by 2025. He recently took on the role of President of Alzheimer’s Research UK. Let us hope his commitment and determination pay off. If this would be the case, humanity could not put into words gratitude for such a stunning discovery. Let us hope…

Finally, with all of this connection, the free world has a much greater advantage of opening closed societies where servitude and slavery continue even in the twenty-first century. Would that not be absolutely fabulous? Although I am a mature human being, I remain a work in progress and am excited for humanity to what lies ahead. I am most privileged to have born witness to as much as I have. As long as I am on this earth, I look forward to seeing what lies ahead and to observe how innovation helps more and more people become and hopefully remain “unstuck.